It's Time to Try Again

New Years Eve is my favorite day of the year. Although not a holiday in itself, it has always been the most spiritually significant day of the year for me. It is the opportunity to deep dive into reflection on who we’ve been and dreaming for who we want to become. Rather than making a list of resolutions, I tend to embrace an overall theme or idea that carries me through the year, something that I sense God has been working in me. 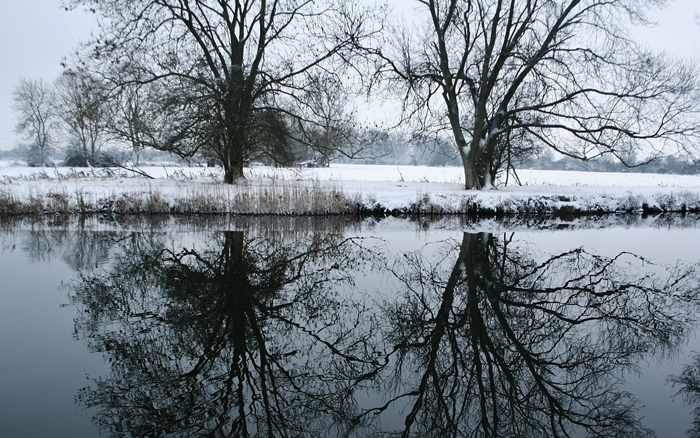 For the last several years this reflecting and dreaming has circled around the larger theme of who we are in Christ, and I’ve realized, one aspect at a time, how I have not embraced Jesus in certain ways. For example...

I have visceral reactions to failure. I even have these reactions to perceived failure, even the threat of failure. I want to immediately crawl under a table and hide my face to protect myself from negative feedback, most of which comes from myself. I can be quick to identify myself as a failure rather than learning my lesson, dusting off my shoulders and moving on. Can you relate?

Our home has served for us as a live-in metaphor for our walk with God these years on Channing. I remember pulling into the driveway one afternoon in between signing the purchase agreement and move in day as my husband sighed and commented, “This place is going to be our house of healing.”

I admit I scoffed. This place was definitely a fixer-upper, and I felt our lives were in need of some serious reno as well. I imagined any physical place of healing to be more pristine and beautiful and welcoming, not ugly and falling apart at the beams. Maybe I’m wrong, but my assumption is that healing places aren’t meant to so closely reflect the poor condition of their dwellers. And at the time, these about-to-be dwellers were in poor soul condition.

Our fixer-upper selves and our fixer-upper home were renovated inside and out. We took the journey together. And so one spring after several years in the hard work of demo/detox, clean-up, reinforcements, redesign, rebuilding, redemption, when we were rebuilding our front steps as a final touch on the house, I decided to purchase some decorative pots for flowers to adorn this welcome entrance.

This was already a step of faith of sorts. I don’t do flowers. It's not that I don’t like them. I do. I just don’t like to kill them and I cannot help it. I was born with the black thumb of death when it comes to plants.

I learned I had a knack for killing plants in our first apartment as newlyweds. We had been browsing a greenhouse together in the lush of spring when I had gasped aloud, enthralled at the site of a hanging basket of dark-eyed fuchsia. I had never seen these before, and I was enchanted. Fuchsias are a flower that hang low and appear to bloom twice, first with a four-petaled pink, then the inside blooms to a deep purple ruffle, with a streamer-looking stamen. It resembled streamer canons to me. It looked like a celebration in plant form.

It was too good to pass up. I simply had to add this beauty to our newlywed nest of bliss. I bought the basket and hauled it home. Every time I came through the door of our apartment and saw it hanging there I’d gasp all over again at its beauty. For about a week. Then all the flower blossoms fell off in one mass protest, the stems shriveling up in solidarity. I gawked at it; I had no idea what this thing needed. Despite all of my pleading and coaxing and watering and well-wishing, within days it was completely dead.

I never tried a fuchsia again.

But here I was with new front steps and a beautiful set of planter pots just begging for plants to fill them. I already mentioned my gutsiness in this so it's understandable that I was looking for pre-made hanging baskets rather than the rigamarole of soil, seed, fertilizer, patience, wish-and-a-prayer. I’d simply snip off the hanger and plop the basket right into my pots. Done.

I went strolling through the greenhouse assessing the selection and walked decisively past any that looked finicky or high-maintenance. Those would be goners on my steps in no time. I was aiming for longevity/survival here.

I rounded the corner of succulent stacks and gasped aloud. There they were: dark-eyed fuchsia. Beautiful as ever. Challenging as ever. As out-of-my-league as ever, I thought.

And immediately God leaned into the greenhouse with a subtle word to me.

He had my attention, and the hair on the back of my neck stood up. He wasn’t just talking about fuchsias. They were serving as another metaphor for life. My New Years theme for that year was a call to exercise faith in new ways, and I had already taken several faith steps – some minor, some almost radical. I had been wrestling inwardly for months about taking up an old project long abandoned, really meaningful work for me that I had more-or-less crashed and burned out of long ago. It was a failure in my record book, and I wasn’t sure I could begin again without experiencing the same failure as before.

Does it ever seem like life wanders in aimless circles? Have you ever walked through an intense season where it seems everything revolves around one particular issue or hangup? And then maybe you find yourself months later on to something completely different that bears no semblance to what was vexing you prior. Did you actually learn the lesson in that hard season? Did you figure out that particular challenge? Or did life just move on to something else without you? These are things floating through my mind as I gaze at fuchsia and contemplate God’s invitation. There's a certain paranoia that I have not progressed in whatever thing has now come around full circle to present itself to me again. And perhaps I will find myself botching things left and right, completely missing the character building, God given lesson again.

I stared at those fuchsias and felt the weight of what I knew God had spoken to me, a call to take a step of faith from catastrophe to comeback.

At some point in our faith walk when we feel the least confident, we have to decide whether or not we will take God at His word and believe His promises to us. We have to decide which voice we will listen to when our fears and doubts are screaming. Because we cannot follow both at the same time.

We also have to decide at some point pre-, mid-, or post-fallout what we are going to do with our failures. For good or ill, and whether we recognize it or not, our failures turn into defining moments for us. I love the actual dictionary definition of this phrase, “a point at which the essential nature or character of a person, group, etc., is revealed or identified.” We are the ones who decide whether they define us in a negative way (I am a failure. I can’t no matter how hard I try. I will never be able to…, I don’t deserve to succeed…) or if they can define us in a positive way in which our essential nature (who Christ has made us to be) and character is revealed and identified.

I love the story of Peter and his denial of Jesus in the book of Luke. It's a terrible story actually. I can’t imagine the feelings of betrayal Jesus must have felt and the devastating sense of failure Peter must have had. What I love though, is Jesus’ words to Peter before and after. In Matthew 16 there is first this powerful moment when Jesus gives him a new name, from Simon to Peter.

“But what about you?” Jesus asked. “Who do you say I am?” Simon Peter answered, “You

are the Messiah, the Son of the living God.” Jesus replied, “Blessed are you, Simon son of

Jonah, for this was not revealed to you by flesh and blood, but by my Father in heaven.

And I tell you that you are Peter, and on this rock I will build my church, and the gates of

Hades will not overcome it. I will give you the keys of the kingdom of heaven; whatever you

Peter is given a new identity, a new essential nature. And then in Luke 22, Jesus tips him off in such a loving and hope-filled way to his own upcoming major failure in denying Jesus. “Simon, I’ve prayed for you in particular that you not give in or give out (other translations say “I have prayed for you that your faith should not fail” emphasis mine). When you have come through the time of testing, turn to your companions and give them a fresh start.”

Jesus more or less tells him, “I know you’re going to fail, but then you’ll be restored and there’s significant purpose for you on the other side of your failure. I see it. I know it. And I still call you Rock. And I’m going to build my church on that.”

Jesus chose to build His church on a failure. Not the person but the act. He first separated the essential nature of the person from the act of failure that was coming, I believe so that Peter could cling to who Jesus called him to be in that defining moment.

There in the greenhouse that summer, I took the first small faith step. I bought those beauties. I was determined. I confidently plopped them into my back seat and took them home. They looked fabulous in my pots and this time around they flourished. Every time I watered them I thought of Gods lean-in, It’s time to try again. I would smile to myself how utterly right He was.

Just a few weeks later, I sat in the afternoon sun staring into the empty space of that long-abandoned project, considering the relaunch of the meaningful work I’d once embraced and failed. All I had to do was hit Send and I couldn’t bring myself to do it. This step was so much harder than trying some plant again. My heart pounded as voices of fear and doubt hollered within. I wrestled with them, reciting the essential nature Jesus has spoken over me...

I am called according to His purpose – Romans 8:28

I was chosen in Him before the foundation of the world to be holy and blameless in His sight – Ephesians 1:4

I am God’s handiwork, created in Christ Jesus to do good works, which God prepared in advance for me to do. - Ephesians 2:10

We are more than conquerors through Him who loves us. - Romans 8:37

When it's time to try again is when it's time to dig deep into what Jesus has to say about us and let the rest of our worried thoughts and our fear of failure go by the wayside.

What about you friend? What have you tried and failed that you need to try again? What essential nature do you need to remember of yourself? Whose voice are you going to listen to in this defining moment?

Stepping into this new year, let’s embrace the fact that we’re not the same people we were ‘back then.’ We’ve grown and changed and climbed a little further up the mountain. Our understanding and viewpoint is higher, wider, more expansed, wiser than before. Jesus has done a work of growth in us that we likely can’t even see. Perhaps he’s even turned a black thumb green.

Consider this your loving invitation:

This is A Wide Open Space...